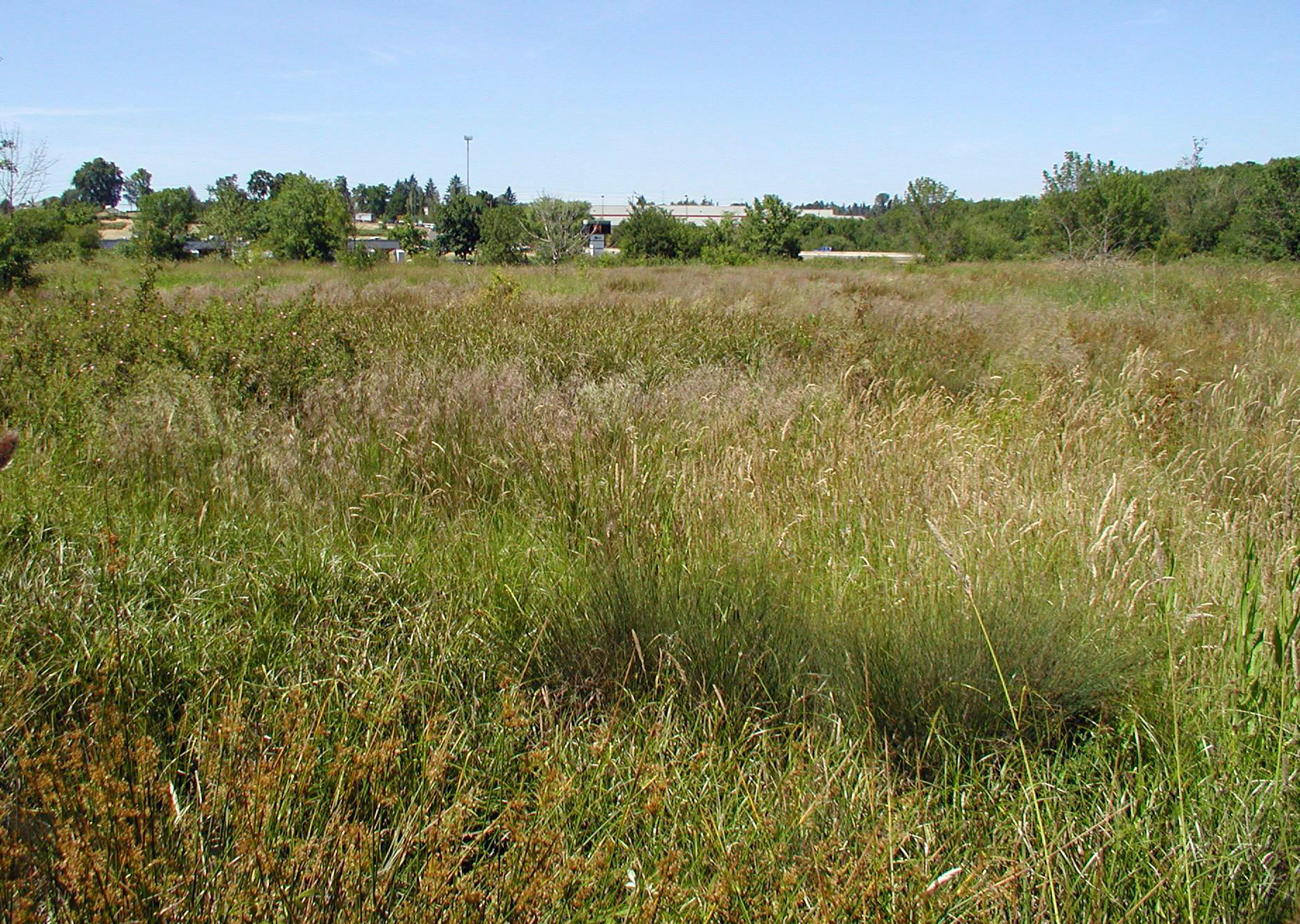 A short video about Knez Preserve is available

The Knez Preserve is one of just a handful of wetland prairie sites remaining in the Portland metro area. Historically, the area around what is today the Knez Preserve contained an extensive wetland system that was associated with Red Rock Creek. When the site was acquired by The Wetlands Conservancy, the expanse of wetland had been reduced to 1.9 acres. The wetland restoration effort began in December 2005, starting from a condition that was originally a monoculture of Phalaris arundinacea. The goals of the restoration effort were to increase stream shading and vegetation, create greater wildlife habitat, increase native biodiversity, and to filter runoff.

In order to establish native species, the monoculture of Phalaris arundinacea was mowed to the ground and then covered by a solarization plastic. Native wetland prairie species including tufted hairgrass were used to establish native cover following the site preparation. The Wetlands Conservancy partnered with the Metro Native Plant Nursery to propagate additional native species such as checkermallow, slender cinquefoil, sedges, and rushes, which were used to increase the site’s diversity. Knez Preserve is managed by the Wetlands Conservancy and volunteers. Because the wetland is located close to Highway 217 ecological burning is not a viable management option on the site.

For more information, contact the Wetlands Conservancy at 503-227-0778 or go to http://theintertwine.org/parks/knez-wetland