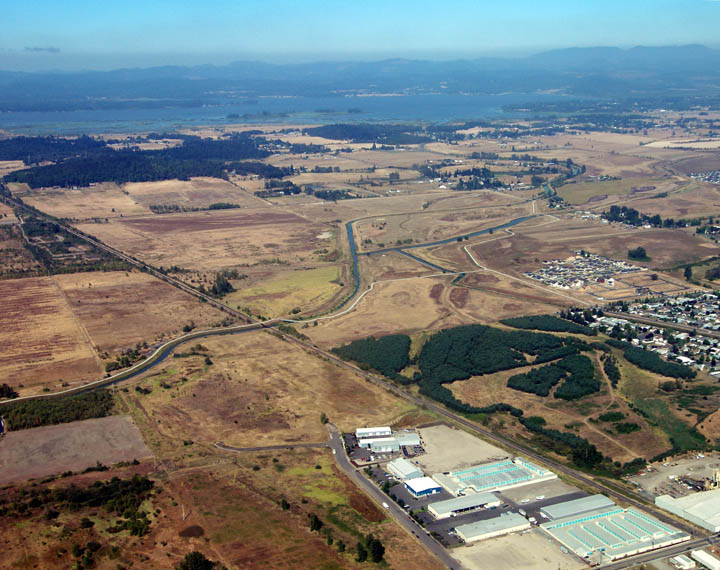 Meadowlark Prairie is featured in the ‘West Eugene Wetlands’ video

Meadowlark Prairie is the site of a major Corps of Engineers floodplain restoration project that was completed in 2001. This project included relocation of several miles of flood control levee that lined Amazon Creek and the Amazon Diversion Channel. This reconnected the floodplain of the creek to the adjacent wetlands has allowed more frequent flooding to occur. The Corps, BLM, and West Eugene Wetlands Mitigation Bank then partnered to restore and enhance nearly 300 acres of wetland prairie on the site over the next several years. Much of the restoration area was previously used for agriculture and pasture and had been slated for industrial development prior to the discovery of significant wetlands and subsequent public acquisition. 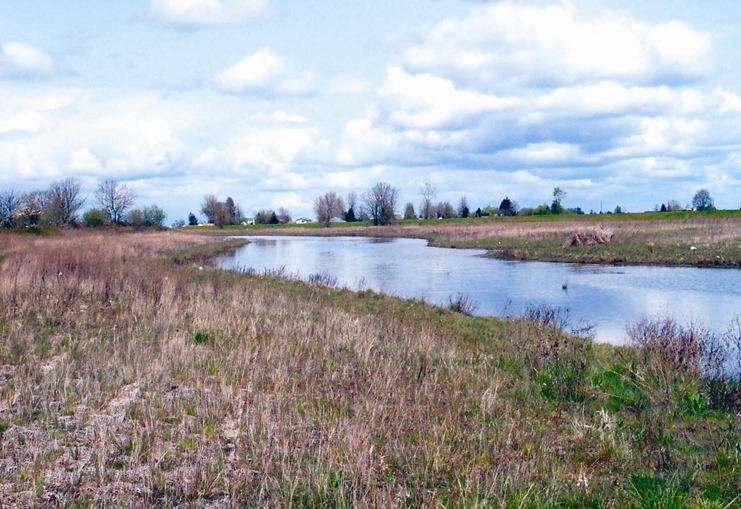 The site is managed jointly by the BLM and City of Eugene for habitat and passive recreational uses. Typical management actions at Meadowlark Prairie include regular rough mowing and/or ecological burning to limit colonization by woody vegetation and invasive species control as needed. Western pond turtle habitat enhancements on the site included installation of improved nesting areas and basking logs. Bicycle and pedestrian use of the Fern Ridge Path, which runs along the perimeter of the site, is very popular. Meadowlark Prairie is an excellent spot for viewing raptors including Red-shouldered Hawk (Buteo lineatus), Bald Eagle (Haliaeetus leucocephalus), Peregrine Falcon (Falco peregrinus), White-tailed Kite (Elanus leucurus), and Northern Harrier (Circus cyaneus). Prairie dependent species such as Western meadowlark and short-eared owl are known to nest here.

Meadowlark Prairie can be accessed by foot or bicycle from the paved Fern Ridge Path and parking is available at the Checkermallow Access on Royal Avenue and the Meadowlark Prairie Overlook on Greenhill Road. For more information, contact the City of Eugene Parks and Open Space Division at 541-682-4800 or go to http://www.eugene-or.gov/index.aspx?NID=628 to view and even control the site web cam.