Based on information derived from the General Land Office (GLO) survey notes from the 1850s and other research, it is estimated that approximately 31% of this Willamette Valley ecoregion was in prairie condition prior to Euro-American settlement (Hulse et al. 2002). 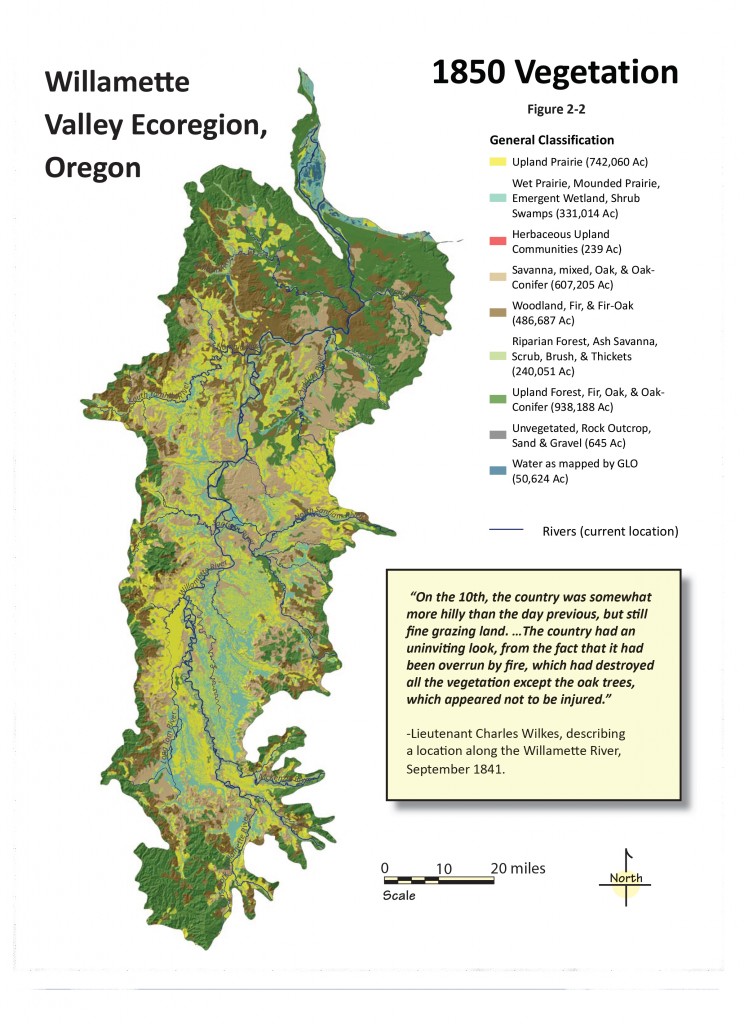 Accounts from early explorers and settlers to the Willamette Valley indicate that, prior to Euro-American settlement in the mid-1800s, much of the valley floor was covered by expansive prairies consisting of a diverse mix of grasses and forbs with widely scattered trees on the hill slopes and riparian forest along the rivers. In general, prairie occupied a central position of the valley surrounded by bands of savanna, woodland, and closed forest. Prairie and savanna dominated the southern and central valley, while forest and woodland were more commonly mixed within the prairie and savanna habitats in the northern portion of the valley (Christy et al. 2011).

The ecology of wetland  and upland prairie ecosystems was highly influenced by native people through their use of fire as a tool to modify the ecological condition of the valley floor until the mid-1800s. This regular disturbance regime was critical for maintaining this early successional habitat, which is otherwise highly subject to colonization by woody vegetation over time. Most upland and many wetland prairies of the Willamette Valley will ultimately transition to woodland or forest vegetation without ongoing management.

Humans have lived in the Willamette Valley for an estimated 10,000 years. Prior to Euro-American habitation, most native inhabitants belonged to the Kalapuyan language family, made up of several tribes including the Calapooia, Lucki- amute, and Yamhill. The Kalapuya (family) were known to have regularly set fires throughout the Willamette Valley, likely in an effort to manage the land to improve hunting, forage, and travel (Johannessen, 1971). These fires helped maintain the valley’s mosaic of open prairies and oak savannas that the early Euro-American explorers and settlers encountered (ODFW, 2006). With increased pressure from settlers to control fire and the rapid decline of the Kalapuya people through disease and displacement, the practice had largely ended by the late 1840s (Hulse et al. 2002).

There is a growing consensus among ethnobotanists, archeologists, and anthropologists that wetland prairies played an important role in the subsistence and cultural patterns of most native tribes in the Pacific Northwest. Wetland prairies are magnets for diverse assemblages of both plant and animal species and have served as a reliable food source for Paleo-Indian hunter-gatherer cultures for millennia. 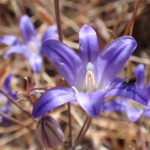 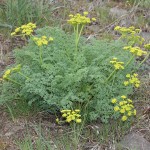 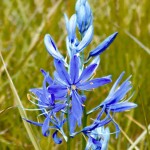 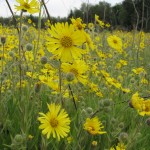 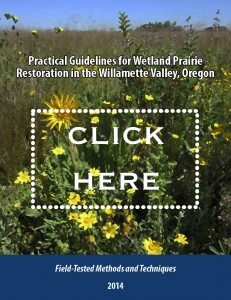