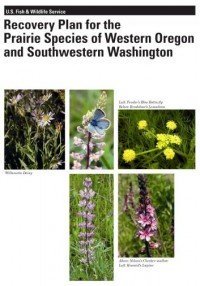 The U.S. Fish and Wildlife Service released a final recovery plan to address the survival needs of 13 rare species (two butterflies and 11 plants) native to the prairies of Oregon’s Willamette and Umpqua Valleys and southwestern Washington. Prairies in this region are among the most endangered ecosystems in the United States, with less than 1 percent remaining.