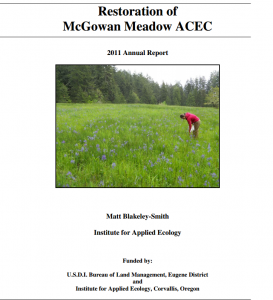 This report covers all of the activities completed during 2011 under the habitat restoration project.